This project aims to support the conservation of hornbill species by integrating ﬁeld surveys and awareness initiatives to local to understand the population, distribution status and abundance pattern of hornbills in Bardiya National Park, Nepal. The project aims to conduct ﬁeld surveys to assess correlates of distribution patterns and abundance. Outreach campaigns focusing on local communities shall be conducted.   These activities aim to gain improved information on hornbill status and distribution along with local citizen-focused sensitization and awareness.

Hornbills are principle long-distance dispersal agents and play a crucial role to maintain the forest ecosystem. In Nepal, there is inadequate information on population distribution and abundance of hornbill species. Very little is known about the ecological roles of these “farmers of the forest” in Bardiya National Park which is also home to mega species like Bengal tiger, one-horned rhinoceros and Asian elephants besides hornbills.  Precisely, limited robust scientific evidence on its population status and distribution status has been a major hindrance to conservation efforts of hornbills in the park. Additionally, they face persecution from hunting for meat, casque and tail feathers. This project aims to systematically document hornbill population, distribution; identify ecological as well as disturbance correlates of their distribution in Bardiya National Park. The occupancy modelling approach will be used for distribution assessment. Grids will be surveyed to estimate the density and abundance of hornbills. Additionally, the study anticipates suggesting if the abundance of hornbills is the function of speciﬁc species dominance or not.

To be precise, this project aims to access baseline data of hornbills in Bardiya National Park of Nepal. With the guiding belief that no conservation effort is possible without the support of local people, this project has activities that target the local community. Particularly, local communities’ sensitization is the major expectation of this project. It includes activities like outreach campaigns targeting awareness of hornbill conservation and its importance to the forest. We expect that the campaigns with local communities will also help us document the ground realities of status and threats to hornbills in and around the park. 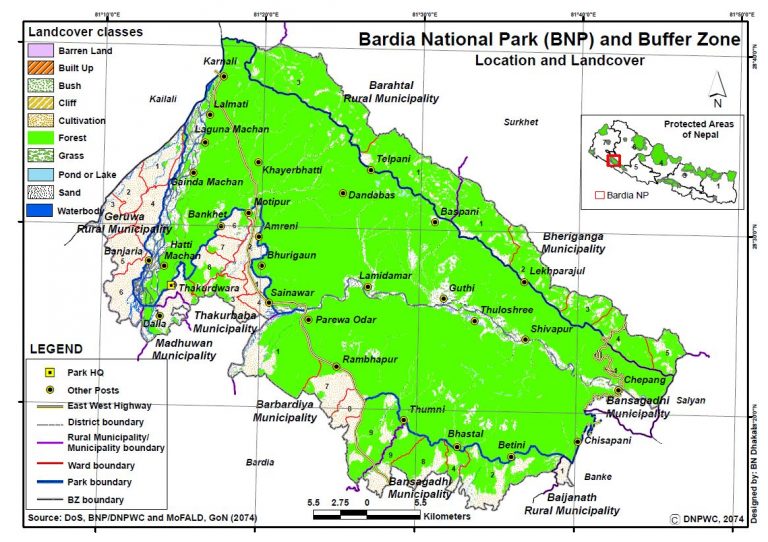 Funded by: The Rufford Foundation, UK