The wildlife population, particularly of tiger, leopard, rhino, and elephant have increased in Bardia National Park and its buffer zone areas in Nepal. This increase has escalated the human-wildlife interface in the buffer zone and surrounding areas, taking lives more than 50 people for the five years (DNPWC, 2016). Effective management of the human-wildlife conflict has been hindered by a lack of scientific information. We aimed to produce conflict hotspots (risk maps) by gathering detailed information on the spatial and temporal patterns of human-wildlife conflict, which would help authorities and local communities in prioritizing conflict mitigation measures in a right place.

Nepal, despite being a developing country, the achievement it has made in the field of biodiversity conservation is praiseworthy. Nepal has already celebrated 1000 Days of zero poachings of rhino. The population of mega species like Tiger, Elephant, Rhino, and Leopard is increasing. The increase in wildlife population has been possible with the dedicated work by all the stakeholders connected directly or indirectly to biodiversity conservation. This success, on the other hand, has invited many challenges for the concerned authorities. Due to the increase in the increase in the population of wildlife in the park region the number of Human-Wildlife Conflict (HWC) has increased excessively. Bardiya National Park (BNP) being the largest national park in the terai region of Nepal serves as the home for a very high density of wildlife. An increase in the population of the wildlife has escalated HWC here as well. The cases have exponentially increased in the last few years creating problems for both humans and wildlife. The risk hovers above both the heads of wildlife and humans if no firm steps are taken to mitigate HWC.

In this project, we conducted a detailed study of spatial and temporal patterns of human-wildlife conflict and the causes and correlates of such conflicts. Here conflict means human causality by wildlife, livestock depredation, and crop-raiding. We analyzed the monthly patterns of conflict occurrence in 10 human settlements bordered with park boundary and in the buffer zone and corridor area. This information has allowed us to understand the social and ecological underpinnings of the increased HWC in the study area. This understanding, in turn, has improved our ability to better information management recommendations. In addition, we are developing conflict hotspots (risk) maps that depict the spatial patterns of risk of damage by tiger, leopard, elephant, and rhino. Furthermore, we also conducted a series of community awareness campaigns for locals on wildlife conservation in general and ways of using conflict risk maps in particular, which helped build a positive attitude towards conservation and reduce incidents of HWC respectively. 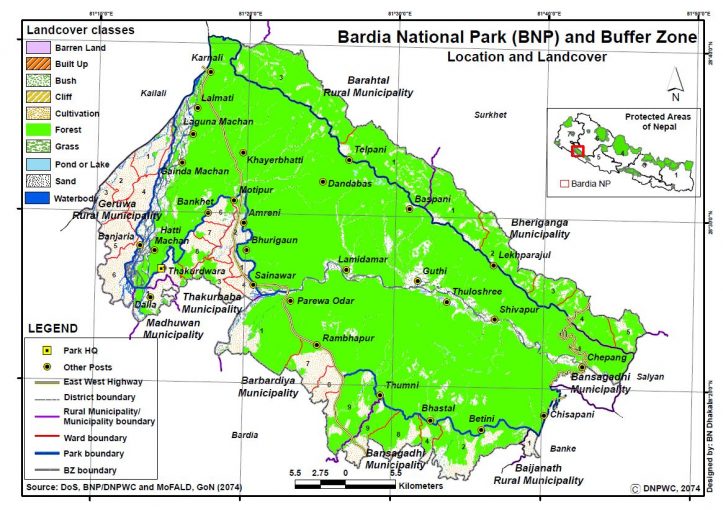 Funded by: The Rufford Foundation, UK

Link to the project: https://www.rufford.org/projects/prasun_ghimire